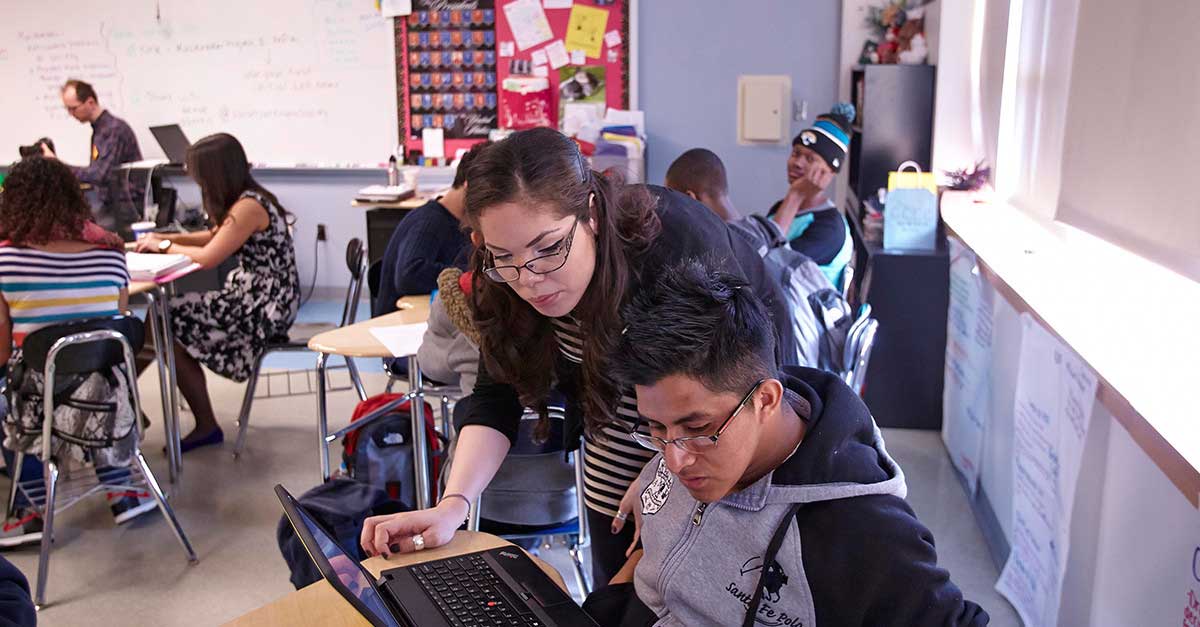 Keeping the Teachers: The Problem of High Turnover in Urban Schools

One of the biggest problems in America’s education crisis is how many teachers drop out before getting much experience under their belts. Almost a quarter of new public school teachers leave the profession within the first three years, according to a 2007 survey of teachers conducted by the U.S. Department of Education. This attrition rate is close to the turnover rate for rookie police officers.

The National Commission on Teaching and America’s Future (NCTAF) notes teacher turnover has been increasing over the past 15 years, with some school districts reporting a higher dropout rate for teachers than students.

University of Pennsylvania Professor Richard Ingersoll has studied teacher turnover for many years. Ingersoll’s research shows that underserved schools lose 20 percent of their faculty each year. In New York City middle schools, the problem is especially pronounced. Two-thirds of educators (66 percent) exit within the first five years of teaching.

A 2009 study on Chicago’s public schools found similar results. According to the University of Chicago’s Urban Education Institute, some underserved schools lose half of their teaching staff every three years. But the report also found teacher turnover rates varied among low-income schools, and a school’s culture may be a contributing factor to reducing attrition.

The NCTAF estimates the cost of teacher turnover across the country at $7.3 billion annually, including the cost of recruiting, hiring, and training new teachers. Attrition costs vary somewhat between districts, with urban districts sustaining more budget damage than rural districts.

This trend of new teachers leaving underserved schools becomes a vicious cycle. Students in low-income schools are more likely to be disruptive in class. Novice teachers who lack effective classroom management skills are more likely to leave for another school or leave the profession entirely. New teachers arrive on the scene and students act up because they feel they’ve been abandoned and distrust the unknown teacher. And the cycle continues.

In 2013, William Marinell and Vanessa Coca of NYU’s Steinhardt School of Culture, Education, and Human Development led a study of middle school teacher turnover within New York City. Marinell and Coca found student misbehavior was both a cause and a result of high teacher turnover.

As one middle school teacher from the study said, “The kids see that the stronger teachers leave, and it does something to the overall tone of the building as far as the students’ behavior, and that affects the teachers who stay.”

While students who are unmotivated, alienated or apathetic can sap the enthusiasm of first-year teachers and make them feel ineffective, additional research by Ingersoll suggests teachers don’t leave because of the students, they leave because of the schools. Subpar working conditions, ineffective school leaders, and lack of peer support are also contributing factors.

And while low salaries are mentioned in some studies, the reasons that are more frequently mentioned for leaving are feelings of isolation, lack of support from the administration, and lack of empowerment over decisions.

It appears some teachers are more affected by the environment in urban schools than others. Ingersoll and fellow University of Pennsylvania Professor Henry May analyzed teacher recruitment and retention data and discovered Caucasian teachers were more likely to leave a school because of lack of student discipline. Similar studies found Caucasian teachers were also more likely to stay at schools with higher populations of Caucasian students. African American and Latino teachers, on the other hand, are more likely to stay at schools with underserved students and populations of similar races.

The NCTAF conducted a study in 2003 and found when new teachers were well prepared, their attrition was cut by half. According to the NCTAF’s definition: “Well-prepared teachers possess strong content knowledge; they understand how students learn and demonstrate the teaching skills necessary to help all students meet high standards; they can use a variety of assessment strategies to diagnose student learning needs; and they can reflect on their practices to improve instruction in collaboration with their colleagues.”

A study by the Alliance for Excellent Education found only half of all new teachers have a mentor or participate in common lesson planning during their first year. Yet, when these novices complete comprehensive training that includes mentoring, shared planning time with other teachers, and support from the administration, they are only half as likely to quit.

In summary, the cost of teacher turnover is high, both economically and emotionally. School districts across the country can address this problem and save money in the long run by investing money upfront in teacher induction and mentoring programs. Spending money to create a more supportive structure for incoming teachers is a wise move that benefits teacher and student.